Hard white East Coast rap has its heroes. Sure, not many names. And then there’s another species. A pillar. Not everyone’s footprint stays forever. It’s different to be a one hit wonder and get forgotten. And it’s different to leave a cult behind after releasing one album. And exactly that are Non Phixion and their The Future Is Now.

The good news is that we will finally settle our debt to the real rap. Believe or not but Non Phixion have only played in the Czech Republic in Kemp but never in a club. ILL Bill, Goretex, Sabac Red and DJ Eclipse are frowning at you from the cover page of Bbarák issue n.17 since February 2003. But you can even it out with them in Lucerna Music Bar on 9th September 2019. All the classics: I Shot Reagan, Refuse To Lose, Futurama, Suicide Bomb, Black Helicopters, CIA Is Tryin To Kill Me, Cult Leader, that looks like quite a moshpit marathon. And when the first notes of Premier’s classic of the classics Rock Stars hit the air, that’s when the real naughtiness starts women tearing their hair and bold guys tearing at least their eyebrows… 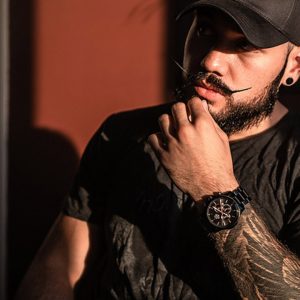